Preparing for a Perfect Pregnancy With the Webster Technique 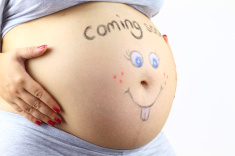 You have missed your period. You take a pregnancy test, and you are pregnant! But now what? Getting pregnant is a blessing but it comes with great responsibility. There are many decisions to be made which could potentially affect the outcome of your pregnancy and those decisions are not to be taken lightly. One of the most important things to do is prepare your body physically. This aspect of pregnancy plays an important role in the mother and the baby’s overall health and must be addressed as soon as the mother finds out she is pregnant.

We all know that keeping physically active is important for the mother and the baby’s health but it is even more important for the mother to prepare her body physically by addressing aspects of the actual birthing process.  For the body to accommodate the child in the uterus biomechanically, neurologically and physiologically, dystonia should be addressed. The definition of dystonia is an abnormal progress in labor and in Williams Obstetrics they describe three things that can attribute to it; Abnormalities of the expulsive forces (either uterine forces insufficiently strong or inappropriately coordinated to efface and dilate the cervix (uterine dysfunction), or inadequate voluntary muscle effort during the second stage of labor, Abnormalities of the maternal bony pelvis (pelvic contractions), and abnormalities of presentation, position or development of the fetus.

Dr. Larry Webster, founder of the International Chiropractic Pediatric Association has developed a specific technique that caters to dystonia. He discovered this adjustment (The Webster Technique) as a safe means to restore proper pelvic balance and function. This specific sacral analysis can be used on all weight bearing individuals to determine Sacroiliac (SI) joint dysfunction/ sacral subluxation and can therefore be used on the entire population. The assessment includes heel flexion to buttocks, with restricted flexion indicating the affected SI joint. Correction is made with a diversified, sacral chiropractic adjustment. It is used on all weight bearing individuals presenting with this biomechanical restriction. Common symptoms include (but are not limited to) low back pain, sciatic neuralgia, and symptoms associated with sacral subluxation and/ or SI joint dysfunction. The goal of the adjustment is to reduce the effects of sacral subluxation and or SI joint dysfunction. In doing so the neuro-biomechanical function in the pelvis is improved.

Pelvic dysfunctions are not only about the misalignments of the bones but also about the ligaments and muscles surrounding the area. In presence of misalignments of the ilium and sacrum the muscles and ligaments become tense and affect the uterus which may prevent the baby from comfortably assuming the best position for birth. The baby’s position at birth is extremely important in the mother and the baby’s health during the delivery. Some of the complications at birth from a malposition of the baby in the uterus are brachial plexus injuries, bone injuries (such as broken clavicle), nerve and spinal cord injuries and other soft tissue injuries.

The latest research has shown that the Webster Technique has an 85% success rate in clearing subluxations of the sacrum and pelvis by assessing and treating the bones, the muscles and the ligaments.  This helps prepare the mother for a safer and easier delivery of her baby. As much as this technique has been extremely beneficial for pregnant females, it has also helped many others, male or female, with their pelvic dysfunctions as well.

If you know anyone who is pregnant or has a pelvic issue of any kind, encourage them to see a Webster Certified chiropractor which can be found on the International Chiropractic Pediatric Association website at: http://icpa4kids.org/Find-a-Chiropractor