What Chiropractic Research Shows About its Safety 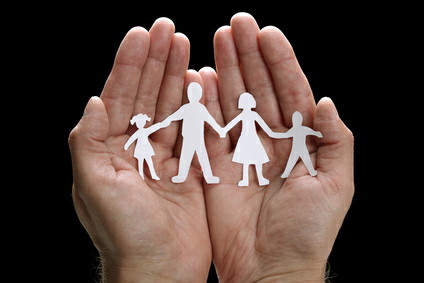 Being one of the leading professions in the realm of drug-free alternative medicine, chiropractors are often under devaluation from mainstream medicine; from accusations of causing stroke, to misdiagnosing spinal issues, their profession is probably one of the most mis-understood and challenged by mainstream health care. There are many myths surrounding chiropractic that are based on invalid premises and lack of true scientific evidence. While media has certainly greatly contributed at tainting the image of chiropractic care, one merely has to compare how many millions, if not billions, of adjustments have been performed over the last 121 years and the number of reported injuries and death compare to other healthcare fields to realize actually how safe it is.

Chiropractic works by restoring your body’s inborn ability to heal itself by locating and removing interferences that occur in the spine (called ‘subluxations’) that affect your nervous system. What causes these interferences? Trauma caused by accidents, falls, sports injuries, bad posture can cause physical stress on the body but let’s also not forget about chemical and psychological life stressors which may also contribute to subluxation.

When the nervous system is functioning optimally, all cells, tissues and organs are far more efficient at resisting disease and chronic illness. Thus, the goal of chiropractic treatment is not just to get out of pain but also to remove any interference that may be impairing normal health by adjusting the spine (the body’s ‘control panel’) accordingly. Different techniques are used based on factors such as health, age, comfort and clinician. Ultimately, the role of a chiropractor is to improve the function of the spine, restore and maintain the nervous system, and keep communication channels between open between the brain and the body for optimal health. Adjustments are merely used as a tool; it is the body itself that restores proper functioning.

To an individual new to chiropractic care, it is understandable that certain manipulations may seem intimidating and a little awkward, although it is probably one of the most non-invasive form of health care out there. However over the years, countless efforts by mainstream medicine to demonize chiropractors has left a slight bias in the general public. Most commonly, the association between chiropractic and stroke. The original assertion stated that neck manipulation may cause a small tear in the artery walls in the neck, a condition called cervical artery dissection, and claimed this may potentially cause stroke if a blood clot forms and breaks off to eventually block a blood vessel. This is normally the most common protest when it comes to cervical (neck) adjustments, although cervical care has yielded dramatic improvements in concentration, migraines, and neck pain relief. So what does the evidence say?

On February 16, 2016 a Systemic Review of literature was published called: Systemic Review and Meta-analysis of Chiropractic Care and Cervical Artery Dissection: No Evidence for Causation that can finally shed some light, educate and re-assure people on the safety of chiropractic. Click here to see System Review. A meta-analysis of 253 articles written on the causal relationship between chiropractic neck manipulation and stroke also stated “there is no convincing evidence to support a causal link between chiropractic manipulation and cervical artery dissection (CAD).” Their systematic review also revealed that the quality of the literature published is also quite low, and not representative of the majority of CAD cases.

Other myths surrounding chiropractic claim that chiropractic care is not based on any scientific evidence, that adjustments can be harmful, and that chiropractors are not nearly as qualified as medical doctors are. Whereas the research shows significant improvements in areas such as pain, pinched nerves, headaches, ligamentous sprains, tendinopathies, restored structure of the spine, restored functioning of the nervous system and improved overall functioning of cells, tissues and organs. Chiropractors must also first complete an undergraduate program and then complete a Doctor of Chiropractic program through an accredited institution – similar to how doctors require an undergraduate degree before Med School. The Doctor of Chiropractic program takes 4 years to complete and includes the study of anatomy, physiology, biomechanics, toxico pharmacology, microbiology, neurology, nutrition, radiology, and clinical sciences specifically relating to diagnosis. After this is complete, chiropractors must pass both national and provincial board exams to qualify for a license. To maintain their license, a chiropractor must complete continuing education courses to ensure updated knowledge in all aspects of patient care.

Regardless of what the media portrays, as shown, chiropractic is a primary care practice that is aimed at maintaining wellness and preventing chronic illness. A chiropractor is dedicated to ensuring the best level of care for his or her patients to provide lasting relief and maintenance of proper functioning and that to people of all ages. Before any assumptions are to be made about chiropractic, it is best to do one’s research on what the scientific evidence are actually showing and to try it for yourself so you can understand it and experience it!