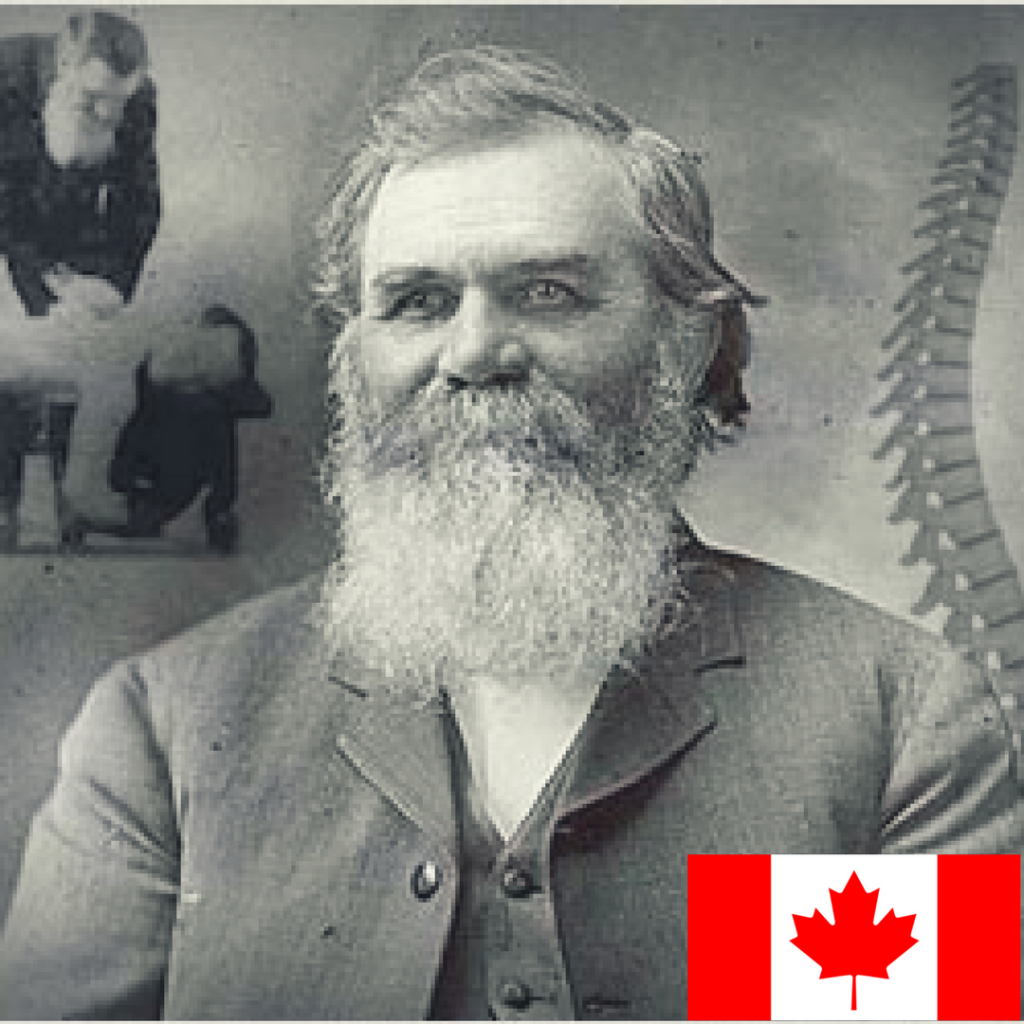 Why is Dr. Palmer one of my favourites? He discovered the chiropractic profession!

On September 18th 1895, DD Palmer delivered the first chiropractic adjustment to a man named Harvey Lillard. Harvey was a deaf janitor working in the same building as Palmer. He had lost his hearing years earlier after feeling a pop in his upper back.

Palmer examined Harvey and found a misalignment in his spine. He decided to manipulate the misalignment, which ended up restoring Harvey’s hearing. Chiropractic was born!

While Palmer quickly realized that chiropractic wasn’t a cure for deafness, he did discover that adjustments could relieve many of his patients’ pains and other symptoms. Symptoms like sciatica, migraines, headaches, and stomach complaints.

BJ carried on his Father’s legacy and is often given credit for growing and developing the profession. BJ and his father made chiropractic what it is today.

According to the Canadian Chiropractic Association, in Canada:

Which Canadian or Canadian discovery are you most thankful for this Canada Day? Leave your comment below!

Have an awesome Canada Day!